La Belle Sauvage was a lot bigger than expected, and I’m not sure how much it benefitted from being quite so long. The first section, which deals with the largely mundane, sedate life of young protagonist Malcolm amidst rising suspense and political aggravation, possibly drags on a bit too long, and at times I was yearning for more action from the other characters.

That said, it was welcome to have a perspective from a perfectly normal boy in a workaday existence, quite far from Lyra’s academic bubble in Northern Lights, and this angle gave some good insights into the everyday life of Pullman’s parallel England, including the oppressive measures of the Magisterium and its secret services.

As in the original trilogy, the person/daemon dyad serves as a fascinating device for exploring relationships, and there were some intriguing new insights into the world of His Dark Materials, such as the behaviour of an infant’s daemon. It was just a shame there wasn’t more of this – I feel there are plenty of unexplored aspects of this particular worldbuilding device, and at times the narrative felt a little restrained or content to retread old ground.

The second half of the novel threw up more questions than answers, but I’m sure Part II – The Secret 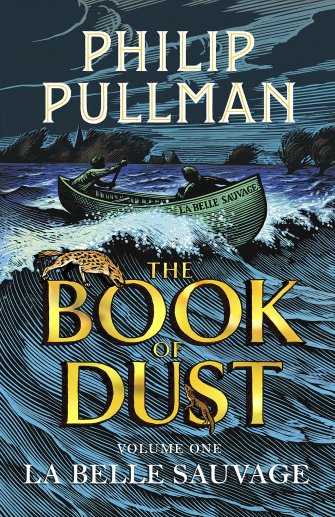 Commonwealth – will build on what has been revealed so far. The shift in pace and structure halfway through was welcome and despite the magical nature of the shift, the practical tone that shapes the protagonist and his outlook never disappears. The attention to detail when discussing handicraft, carpentry, and caring for the eponymous canoe is one the novel’s strong points.

Perhaps the best part of the novel, yet sadly most disappointing, was the villain – Gerard Bonneville and his hyena daemon – whose presence casts a definite threat over the main characters and their quest. But despite his convincingly drawn character, he’s never really shown to succeed in anything, and so his threat diminishes over the course of the narrative just as it should be heightening, and in the end I even felt a bit sorry for him.

Overall it was brilliant to be back in Lyra’s universe, and the new characters provided some fresh perspectives on Pullman’s compellingly-drawn world. I do wonder how this sets up the next two books in the trilogy, as, fun as it was, the story didn’t really add much to Lyra’s tale, and neither did it provide a jumping off point for a great new adventure in the way Northern Lights’ ending did. Of course, I am more than happy to wait and find out…