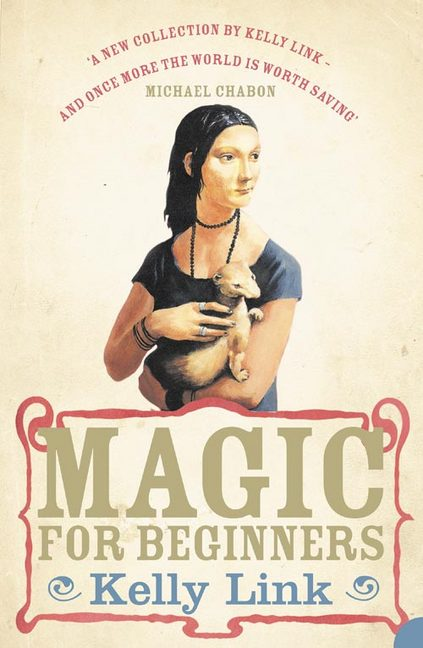 Kelly Link’s award-winning short story collection, Magic for Beginners, whisks the reader along a meandering trail through several unique and inventive twists on the fantastical. Strands of myth, sci-fi and fable commingle with characters who yearn, mock, steal and bicker throughout these nine stories. That might not seem like many but, once read, they leave the reader with the impression of having travelled through twice as many worlds as they signed up for. It’s a collection that buzzes with ideas, sometimes whimsical, sometimes startling. Where another author may be content with one concept, stringing it out over a narrative arc of the same length, Link’s stories often juggle many notions at once, jettisoning a rich flood of dream-sparks that can live and die in the space of a page. Some of these ideas are given flesh and bone, others merely cast a lingering shadow, yet all leave the imagination hungry for more.

Such eclectic storytelling proceeds in fragmentary, dreamlike fashion, which we quickly learn to accept as Link’s hallmark style. This is especially apparent in the closing story, ‘Lull’, which takes us through a triptych of tales, one inside another, slipping through levels of weird as consciousness traverses layers of sleep. In it, a poker group of old friends discuss a house built in the middle of a road, surrounded by a peacock-infested orchard: a house that aliens have decided will be their point of contact on Earth. This, via a time-slip story about the devil and a cheerleader, told to the poker group after they decide to call a sex line one night. It’s the sort of narrative that cheese dreams like to unload onto unwary synapses, distilled in ink for our reading pleasure. Like dreams, the plot and imagery in these tales share a fickle relationship with meaning. Events unfurl and escalate and then end, the how and why often left submerged in ambiguity. To probe this too closely is perhaps missing the point. As the wise surely know, one should not meddle with magic.

The shortest story, ‘The Cannon,’ is a beautiful example of concise, evocative world-building. Through a question and answer format, the interviewee breathes life into the strange passions, peoples and places made possible by the unique properties of the titular ordnance. Launched from the half-sentient cannon, characters make love amongst the clouds and land in places where the dead and the living are nameable only by their hair. We see language and worlds built and altered in the space of a few short paragraphs; vivid imagery that could inspire fine art – or at least some well-deserved illustrations – is constructed with an eye-opening eloquence. The effect is similar to having been launched from a cannon ourselves: frazzled and ruffled through the creative onslaught, we pick ourselves up, dust ourselves down, only to find we have landed in the next story, and so it begins again. 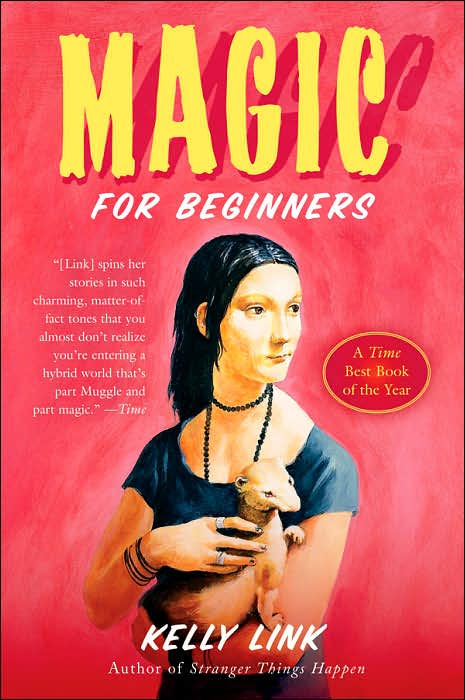 Throughout the collection there is a delightful recurrence of acrobatic imagery that showcases Link’s linguistic dexterity. Slight turns of phrase bring a character’s desires to surface or wash a dark shade of uncanniness across a scene: “the witch panted like she was giving birth to her own death,” we are told, portentously, in the silkily dark ‘Catskin.’ This story plays with all manner of fairy tale tropes, shifting from Disney to Angela Carter at the drop of a match. We are given scant details as to how we should picture the vengeful familiar that slips and slides through the narrative, executing the dead witch’s will, its size and shape insouciantly erratic. As with many folk and fairy tales, it is our capacity to let go our rational thought processes that is challenged here. We do not discover where or when these happenings occur, or why the ants steal fragments of time from witches’ corpses. Nor do we care. We follow and observe and smile and shiver in the wake of Link’s wordcraft, our imagination furiously pumping its bellows to keep up.

Sometimes our witness to these worlds is brief and static: we see characters move, live and dream within a space of their own, whether in a rabbit-haunted house or a zombie-plagued All Night store. Our windows are brief, often restricted, and the characters unhindered by plot or artifice. Instead it is our privilege to see their lives played out against a backdrop of the uncanny and the surreal. Which wonderfully illustrates the strength of the short story form – we don’t always need investment in characters or plot hooks to carry our interest to the end, the short story can be content to show us a brief glimpse into a different world where many tales might be unravelling at once, many lives colliding. What matters is not where the story goes, but that we are there to see it happen.

Like magic, the stories in this collection flutter and switch through metamorphic ambiguity, never dwelling too long or digging too deep, instead giving us a fitful, evanescent spectacle, before cart-wheeling us to the next facet in its iridescent dreamscape. Magic for Beginners is a collection that entices and teases, unashamedly capricious, leaving impressions that trickle deep into the bedrock of our imagination. Link’s storytelling gifts us with an askance look at that most venerable and prevalent form of sorcery: language itself.

An edition of this article first appeared at Fantasy Faction on February 7, 2015.